The design of the new TiVo Bolt seems pretty silly. I can't see any good reason for it to be shaped the way it is.

A/V components (and most things, really) should be flat, so they stack nicely. But TiVo used to be great at design. Two little things they did in the past stand out to me:

How to design a deceptive headline

The headline: "Is Apple Music a Total Failure?"

The end of the article: "So, is Apple Music a total failure or just a slight disappointment? For the time being, I'd lean toward the latter."

Can you say "linkbait"? I knew you could. Seriously, Slate, you suck.

"The golden ratio is total nonsense in design. Here's why."

Let me be clear. I agree with the general premise — that the ratio doesn't have any amazing properties. (Other than certain technical usefulness.) But lines like this — "'Strictly speaking, it's impossible for anything in the real-world to fall into the golden ratio, because it's an irrational number,' says Keith Devlin, a professor of mathematics at Stanford University." — are just flat out wrong. That's like saying that there's no such thing as a circle because pi is irrational. Oh wait, they go on to say that two sentences later: "Just as it's impossible to find a perfect circle in the real world, the golden ratio cannot strictly be applied to any real world object. It's always going to be a little off." Um, OK. Circles don't exist in the real world. Got it. Thank you, Fast Company!

Meet the 44-year-old Swede who's been writing American pop hits for 20 years.

They also created a template for the Max Martin sound, which combines ABBA’s pop chords and textures, Denniz PoP’s song structure and dynamics, eighties arena rock’s big choruses, and early-nineties American R. & B. grooves. On top of all that is Sandberg’s gift for melody... Like many of ABBA’s tunes, these Backstreet Boys songs use major and minor chords in surprising combinations (going to a minor chord on the chorus, say, when you least expect it), producing happy songs that sound sad, and sad songs that make you happy—tunes that serve a wide variety of moods.

“... Baby One More Time” ... was ABBA with a groove, basically... Without being fully aware of it, he’d forged a brilliant sound all his own, and within a few weeks every American producer was desperately scrambling to emulate it.”

Swedish writers are not partial to wit, metaphor, or double entendre, songwriting staples from Tin Pan Alley through the Brill Building era. They are more inclined to fit the syllables to the sounds—a working method that Martin calls “melodic math”—and not worry too much about whether the resulting lines make sense. (The verses in “I Want It That Way,” for example, completely contradict the meaning of the chorus lines.) ... This very freedom from having to make sense lyrically has allowed the Swedes to soar to such melodic heights.

Oh. My. God. This thing sucks out loud.

When setting it up, you have to choose a source from their short list to start. (CNN, The New York Times, Fox News, etc.) No way past it. Fine. I pick the NYT, figuring I'll delete it later. I add Daring Fireball. And Wired. I look at a couple things. I see no way to just look at just one source (i.e., just Wired.) I see no way to delete things from my list of sources. The tabs at the bottom (on my iPhone) are "For You", which has God knows what — I guess it's the NYT, mostly; "Favorites", which is empty; "Explore", which is like "browse", compared to the next tab, which is "Search", and then finally "Saved", which is empty because I haven't saved anything. And that's all there is.

Like I said, I see no way to look at a single content source and I see no way to delete any of the sources I've chosen. I google "how to use apple news" and the first match is a Wired article, "Apple News Is the Best New Thing About the iPad", with which I respectfully disagree. No useful links. I go to support.apple.com, click "iPhone", then "iOS 9", then "built-in apps", then "Learn more about News", and there's info about it but nothing on how to use it.

Oh yeah, and the way it lays out stories is worthless too. One-size-fits-all never works. (I don't like Flipboard, either.) You get a little box about 3/4" high with as much of the headline and/or some article content that fits, plus maybe an image. 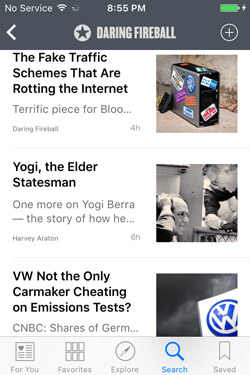 So basically, it's a minimally-configurable app, and you have nearly no control over what you see. It's like watching TV while a stranger works the remote. Toss. (Well, actually, you can't delete it, so it goes into the "Junk" folder, along with Stocks, Tips, and the rest.)

Designing the first level of Mario 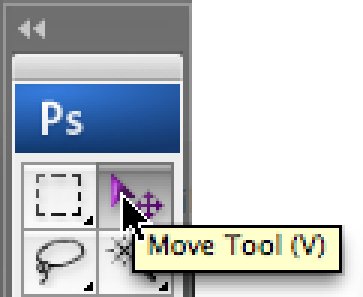 This place is amazing. The only thing that could make it better would be surrounding it with a lazy river. :-)

Great article about designing with accessibility in mind

I can't say enough about this piece. Lots of good info here from a member of the Salesforce.com design team.