Congratulations to the design firm Ammunition for helping grow Beats from nothing* in 2006 to a $3 billion purchase by Apple in 2014. Never let it be said that you can't get anywhere with a stick-and-ball letter for your logo. Thanks to Ammunition for this great look into their work. (And thanks to Daring Fireball for letting me know that Ammunition exists.)

Birth of the Mall

Long and detailed (of course) story from The New Yorker about malls, by Malcom Gladwell.

Then he looked up and pointed to the second floor of the mall. The handrails were transparent. “We don’t want anything to disrupt the view,” Taubman said. If you’re walking on the first level, he explained, you have to be able, at all times, to have an unimpeded line of sight not just to the stores in front of you but also to the stores on the second level. The idea is to overcome what Taubman likes to call “threshold resistance,” which is the physical and psychological barrier that stands between a shopper and the inside of a store. “You buy something because it is available and attractive,” Taubman said. “You can’t have any obstacles.” 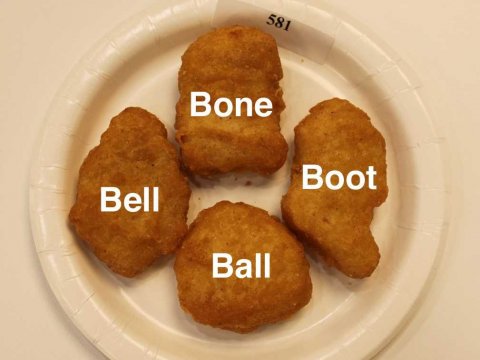 Nothing design-y here, just a hell of a story.

The inside story of the Taco Bell/Doritos marriage. The idea is pretty simple; this story is all about the execution. It's full of sweet, sincere, unintentionally hilarious lines like "To tackle this huge challenge, for months we shared know-how between the technical teams at Frito-Lay and Taco Bell" and "We had teams of engineers working day and night to get the seasoner working", but also interesting stuff like...

"When you buy a bag of Doritos and you open it, and some of the corners are broken off, you're probably not going to be that mad, because they're still Doritos," Gomez says. "But if our taco shells are broken in transit or in the restaurants, we can't do anything with them. That was a big obstacle for us. How do we make these shells chip-like, but also be able to ship them and still be able to build a taco without having them break?"

Design (and manufacturing) is all about constraints. 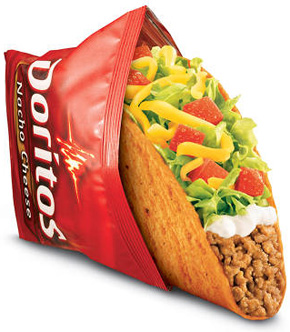 (In the sense of "Luck is when preparation meets opportunity." He's a great writer, reviewer, and analyst, and he deserves all the success he has. This is the first time he's been invited to a briefing like this.)

Remember: when buying an iPhone, you'll pay $100 for each storage increase but you'll only see about $50 of that at resale time. If I would have had a $199 base iPhone 4, I probably would have gotten about $250.

Jon worked at Apple once upon a time, on projects ranging from the iPod to PowerMacs, then he retired to a beach in Mexico, then he came to Palm and tried to do a Steve Jobs-like turnaround by introducing the Palm Pre. It didn't work out, then Palm was bought by HP, then HP killed Palm. Now, at the end of his agreed-upon 12-to-24-month stay with Palm following the buyout, he's gone. But he plans to come back someday to do... something.

iPhone is KILLING on Verizon

In the first quarter that Verizon Wireless was on board with Apple for an iPhone launch event, the company sold 4.2 million iPhones, accounting for more than half of the 7.7 million smartphones that its customers purchased in the fourth quarter.

More than half. Absolutely amazing. Another way to read "more than half" is "sold more than all other smartphones combined."